The ladies of WWWA ALWAYS deliver

During our last show, we saw the expansion of more female talent enter WWWA.

As everyone is aware, Adena Steele has been the WWWA Women’s Champion for quite some time now. However, more and more the WWWA has been adding more women to climb the ranks.

Lydia Myerz took on Ronii in a back and forth matchup with a lot of pace. As both competitors tried to impose their will, it almost seemed like Ronii was going to walk away with the victory.

Ronii planted Myerz with a DEVASTATING DDT. However, Lydia was able to use the spiritual forces conjured by her mystical skull to overturn the pinfall and get a three-count of her own.

Myerz is one of the most interesting characters in all of WWWA. Her strength, power, speed, and charisma are unmatched. However, there is a deeper and darker mysterious energy that Myerz channels.

Will we ever find out what it is? Only time will tell. For now, Adena Steele has a lot of up and coming competition on her hands. 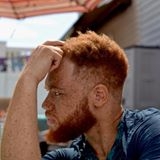 Rory R
"Rory is a graduate of Syracuse University with a Bachelor's Degree in Broadcast Journalism and Public Relations. As an avid sports fan, he is constantly looking for ways to bridge the gap between niche sports (such as MMA) and pop culture. Follow him @Rawrewreckz on Twitter for more."